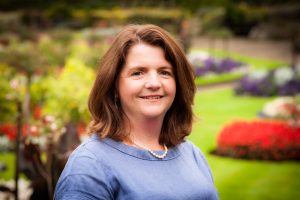 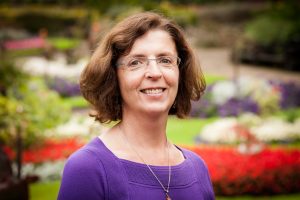 First there was Gardeners’ Delight:

Over 15 years ago Jackie Crick moved to Bayston Hill, Shrewsbury, with her husband John and one year later established Gardeners’ Delight to take discerning garden enthusiasts to some of England’s most beautiful locations. A retired lecturer from the University of Wolverhampton, JP, mother of 5 and grandmother of 9, although clearly already very busy, she decided ‘retirement’ was the time to fulfill a long-held ambition. And so Gardeners’ Delight was born!

As word spread about Jackie’s lovingly-designed tours and her reputation for going that extra mile for her customers – who incidentally kept coming back for more and brought friends and relatives too,  as well as lots of ideas about where they would like to go next – her daughter, Jacky Burnell, joined the team.

Last year Jackie (Mum) decided that she would like to spend more time in her own and other people’s gardens and less time in the office, and with that in mind, asked Jacky and Sue, (another daughter) to take on her overnight tour programme, leaving her free to focus on her fabulous day trips.

So here we are: Wisteria Tours was born! We run short tours and we are virtually Gardeners’ Delight by another name. Wisteria Tours pays the same attention to detail, has the same concern for customers and a passion for seeking out wonderful destinations throughout the UK.

Jacky (Jnr) is a single mum with two teenagers and also lives in Bayston Hill. After 15 years of living in South America, where she was President of Pour Les Enfant, a children’s charity, she returned to the UK in 2007 and threw herself into local life. This meant completing a degree at Wolverhampton University; becoming a school Governor; and leading community projects to bring school children and older people together through gardening. As Jackie C got busier, Jacky B, living so nearby, was naturally drawn to working with Gardeners’ Delight, learning on the job with Jackie C as she did so.

Then, in 2014, Sue relocated from Surrey to be nearer family and is thrilled to be living in picturesque Harley, near Much Wenlock. She appreciates the change in pace that Shropshire offers not to mention the gorgeous landscape. After many years of running a small consulting practice with her husband, Kevin, Sue also longs to spend more time in beautiful gardens and less in client offices, on trains or planes. So when their son left home Sue saw an opportunity to launch herself into the new venture, Wisteria Tours.